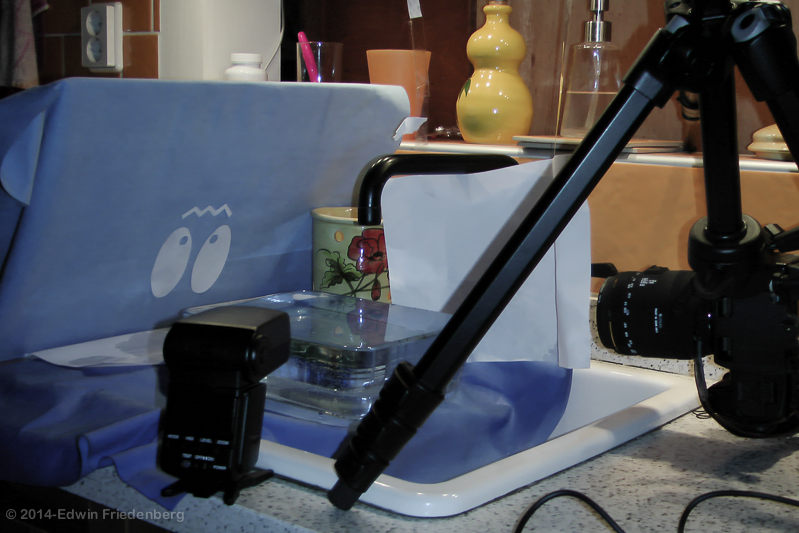 Watersmiley is a smiley projected in the clear falling waterdrop. On the the blue background I had places the smiley cut out of white paper. The build in flash on the camera  (the light of this flash has not been used to ligth the waterdrop!) was only used to trigger a slave flashgun which was placed left of the waterdrop. On the right side I placed some white paper for light reflection of the flashgun. Because I did not have a Cognisys at that time, I had made about 3.000 pictures for the final serie of 4. It was also my first Liquid Art project and had to learn a lot during this process. 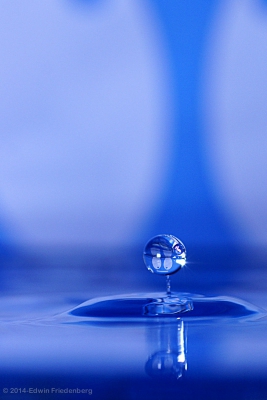 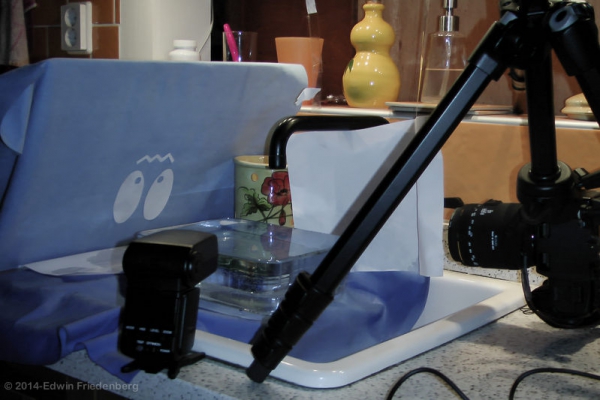 Painting in the Bubble